Every October since 1987 we focus on and celebrate the contributions that people from African and Caribbean origins have made to the society we live in. Each generation, from people who were born here or people that have travelled here, black people have added to the cultural and economic richness that we all share today.

It is more important than ever that we remember the roots of modern Britain and what makes us British. Recent events, worldwide and in our country has shown us that, as much as we have progressed together, there are some sectors of society that are still intent on creating divisions. Racism and prejudice based on misinformation and lies has resurfaced. It is important that we challenge such views with positivity and inclusion through recognising and celebrating diversity.

Carers Leeds is proud to be part of a city that has such a wonderful cultural history. We recognise the strengths within families and our communities, but we also recognise the structural barriers that need to be overcome so those families and communities can achieve their full potential. It’s a stark reminder in difficult times that we still have much to do.

However, this is a month of celebrating Black History. There are many things that as a city we can celebrate. Here is one story that sometimes goes overlooked. In the year that Leeds United returned to the most converted premier league it is poignant to remember Albert Johanneson. Albert played for Leeds United in the early 1960’s. He was seen by many as paving the way for black players that now make up the ranks of the premiership. 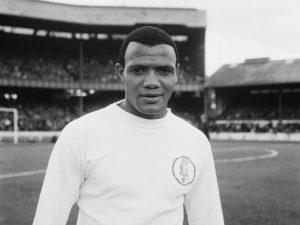 Originally from South Africa Albert came to Leeds in 1961, he was one of the first black players to play in a FA Cup final. His life after football was difficult to say the least but he should be remembered as a pioneer, someone that faced discrimination at its hostile worst but has ultimately contributed to making the sport into what we know as the ‘beautiful game’.

There is so much going on this month in Leeds, if you want to know more about or remind ourselves of the contributions that have been made check out these events below.