This World Mental Health Day, our mental health carers team leader wanted to share her views on the current state of mental health support in the UK. 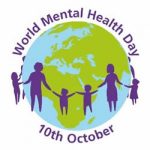 “I was having my breakfast this morning and saw the health secretary Matt Hancock MP announce the appointment of a suicide prevention minister Jackie Doyle-Price on the news.  Mr Hancock said how vital it is that physical and mental health have parity of importance in the National Health Service.

I remember in 2010 that the Government said that Physical and mental health should have parity.  I asked myself over breakfast: What happened to the promise from 2010? Is mental health not as important as physical health?

I thought about the family members I have seen in my job who told me how their relative had to go to London or Newcastle for a mental health bed because there was not a bed locally.

Don’t get me wrong, I think a suicide prevention minister is fantastic and it’s great that the Government is giving money to the Samaritans so their helpline can remain free to people who ring them over the next four years.  But on the news, Mr Hancock said that the new suicide minister can put her bid in for part of the twenty billion pounds that is extra money to be spent on the health service “along with the other good causes”.

As I listened I could feel my anger growing. If mental health is a priority then give the services the money needed to provide the right support for when people need it. Can you imagine a person who needs a hip operation or has cancer being told they had to travel hundreds of miles because there is no bed closer?

My job is to listen to family members and 8 years after the governments original commitment I am still hearing how worried families are about their relatives on wards miles away from home and how the people they care for feel lost, isolated and alone during crisis when they need to know they are cared for by their families.

I really hope that soon physical and mental health services will be as important as each other.  I hope that this will be recognised in terms of equal funding for mental and physical health.

I hope these are soon a reality and not just dreams…”

If you are caring for someone who struggles with their mental health, our team of carer support workers can help. Visit this page for more information.