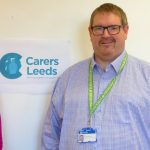 “My old man was a great bloke.  He was active, well known and respected locally.  His first job was in the mines driving pit ponies.  He knew about graft and he knew about community spirit.

The last few years of his life were dreadful.  Lewy body dementia, Parkinson’s and stroke ripped away most of his functioning and character.  In the end cancer finished him off in 2012.

I remember vividly one of the last conversations we had, at least one of the last ones where he could still actively take part.  He said to me ‘why doesn’t anybody like us anymore?”  (‘us’ meaning him and my mum).  I responded by saying something like ‘don’t be so daft you silly old bugger – what makes you say that”?

“Nobody comes to see us anymore” he replied.

And he was right.  They’d been cut off.  Apart from the immediate family, only a great friend from down the road and my father-in-law were regular visitors.

And I could almost get it.  I could if I tried really hard, understand that people stayed away because they found it difficult to know how to communicate with him.  If I tried a bit harder I could almost understand people didn’t want to see him suffering, although as time has passed I have reflected that they were wrong.

But what I couldn’t get at all was that people cut my mum off.  A blind man with a blindfold on facing the wrong way could have seen how hard it was caring for him, how she had lost weight, looked knackered.  I didn’t understand that.  It was obvious that she needed to know that friends cared and that she wasn’t alone.  But for much of the time she was.

A couple of years after dad died, we set up the Friends Café at our local Church. It meets once a month on a Saturday, we serve homemade food and refreshments free of charge and we have about 40 regulars.  People living with dementia, carers, people who are lonely, people who don’t get out so much.  It continues to be a real success.

About six months after we started I was approached by a chap from a nearby Church.  To cut a long story short he wanted to set something similar up.  When I asked him why he told me a story just like the one I’ve just shared with you about my mum and dad.

This year’s Carers Week is all about connecting carers to their communities.

Please don’t underestimate how much you lose when you lose connection with your friends, with your community through caring.

I believe that we all have a part to play in keeping carers connected and helping them to get the support they need to care without putting off their own health needs or losing important relationships.

And here are 2 things you can do: