A brew-up in a brewery

In April (2018) Leeds City Council and NHS Leeds Clinical Commissioning Group released funding to be administered by Carers Leeds to independent carers groups across the city. One of the successful applications was from Garforth based group the Jigsaw Tree. They got in touch to tell us how carers in their group have benefited from the funding. 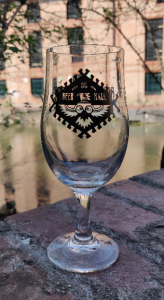 The Jigsaw Tree currently support nearly 250 families and carers of children who have an autism spectrum condition in Garforth and East Leeds.  They hold monthly daytime parent carer support group meetings at Garforth Library and evening support sessions with Kidzone soft play area. They also arrange school holiday events for all the families they support. Visit the Jigsaw Tree here to find out more.

Over the Easter Weekend Helen, The Jigsaw Tree founder,  arranged a social event for some of the dads/male carers of the group with the intent of creating some social bonds over a few beers. Whilst caring for someone can be very rewarding it can also lead to social isolation and loneliness. The Jigsaw Tree Support Group is not as well attended by dads and male carers – this event planned to get them out and meet up.

With the sun out, what better way to do this than with an organised trip to three breweries in York. Brewtown Tours collected the group in the morning from Garforth and set off for the first of the three planned stops; Yorkshire Heart Brewery. Nun Monkton might just be the prettiest village in North Yorkshire: the vineyard and brewery are situated in 10 acres of fantastic views of vines, surrounded by lush countryside. With a core range of seven beers, plus at least two specials every month, the brewery produces quality cask ales using water from Yorkshire Heart’s own natural spring. The group got a very personal tour of the brewery and the process of brewing in all it stages.

The ‘Rhubarbeer’ was reported to be the highlight of this brewery by one of the group – dark in colour with delicious fruity rhubarb flavours. We love living near the Rhubarb triangle!

On to the next stop – York Brewery. Since they opened their doors in May 1996, York Brewery have been producing handcrafted real ales to the highest possible standards. Located just inside the city walls on Toft Green; a mere stones throw from the historic royal entrance to the city Micklegate Bar. The brewery site was built in the late 16th century, and most notably was the birthplace of Joseph Aloysius Hansom (1803-82), the inventor of the Hansom Cab. The brewery houses a 20-barrel brew plant, with six traditional open top fermenters and 5 conditioning tanks. A gallery above the brew house, along with a viewing panel into the fermenting room have been located to offer visitors a fantastic viewing platform whilst on one of their guided brewery tours. After the 45 minute tour of the brewery the group had the opportunity to try a number of ales from their permanent and temporary selections.

The ‘Otherside IPA’ was a winner for many in the group – An International Brewing Awards 2017 Silver category award winner, Otherside IPA is a Maris Otter pacific pale ale packed full of antipodean promise. With four of the best New Zealand grown hops to provide a feast for the taste buds. A host of tropical fruit notes against a background of citrus and pine from dry hopping with Motueka.

To wrap the day up, the group headed to the amazing Brew York Beer Hall. The brewery consists of a 20 HL (hectoliter, a metric unit of volume equal to 100 liters) brewhouse and over 260 HL in fermenting and conditioning capacity. This gives them the ability to produce a core range and the flexibility to produce the more ‘out there’ seasonal and one-off beers that really excites their visitors. The brewery is located within York’s historic city walls, a 15 minute walk from the station. A very unique taproom with riverside beer garden has been constructed right alongside the brewhouse to showcase the beers at their freshest.

The Tonkoko Milk Stout (pictured) was the winner for a few of the group. An award winning milk stout, described as bounty in a glass. Huge coconut and chocolate flavours with a Tonka and Vanilla finish. Really creamy and easy drinking.

The group all expressed how much they enjoyed the day. Mark Stredwick (from Brewtown Tours) made the day special, his knowledge and passion for craft ale was evident as was his ability to put the group (all strangers at the start of the day) at ease and get all the group chatting. This was a thoroughly fantastic day of socialising and getting to know each other.

Group organiser Helen now has the life skill of “organising a brew-up in a brewery” and more importantly introduced a group of carers to each other that has resulted in new friendships! The group has made a promise to now meet up once a month, to catch up, develop friendships and support each other.

The funding assistance for these activities was an amazing gesture, one that put many carers in the same room over 3 events and helped develop friendships and social bonds. The results are priceless. A huge thank you to Leeds City Council, the NHS Leeds Commisioning Group and Carers Leeds.

It’s great to hear that this contribution can support so many carers across the community. If you run a carers group in Leeds, there is still funding available. See full details below.