Are carers being overlooked again? 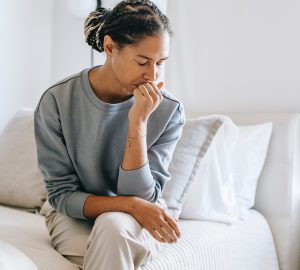 I like Carers Week, it gives Carers Leeds and other organisations across our city, an opportunity to make carers visible and to recognise the work they do day in and day out; and every week of the year. Carers Leeds, like many other carers centres, will be hosting events, activities, and opportunities for carers to take a break or connect with others.

The theme for Carers Week 2022 is ‘Making caring visible, valued and supported’.  To be honest, given that this coincides with a cost-of-living crisis where people are struggling and concerned about the future, this year I am not really in the mood to celebrate.

For carers, worrying about money is not a new phenomenon, it is a story with a long history. According to JRF’s UK Poverty 2022 report, unpaid carers are more likely to live in poverty than those without caring responsibilities – 24% compared with 21%. Over the last 15 years there has been little change in the poverty rate amongst carers, except for a widening poverty gap between 2013 to 2016.

In February, Carers UK published survey results which showed that the financial pressures on unpaid carers had become untenable. Just under half said that they were currently unable to manage their monthly expenses.

Calls to Carers Leeds in recent weeks and months, reflect this. Many carers are struggling to make ends meet and are worrying about increasing costs and levels of debt. They are having to choose between heating and eating. These financial challenges combined with the crisis in social care is a double whammy for unpaid carers and it is difficult to see a light at the end of the tunnel.

So, we are now in June and the Chancellor has recently announced a package of measures designed to help with the cost of living. The £650 for people in receipt of means tested benefits, extra support for pensioners and an extra £150 for people in receipt of disability benefits will help some unpaid carers. However, the thousands of carers who receive Carers Allowance (and no other means tested benefits) will receive no extra payments, even though it is the lowest benefit of its kind at a paltry £69.70 per week. Carers in receipt of Carers Allowance were overlooked for the temporary £20 uplift in Universal Credit during the pandemic and have been overlooked again.

I heard a government spokesperson the other week suggesting that people needed to work more or find higher paid work in response to the cost-of-living crisis. Try telling that to the carer who provides 50+ hours a week of care or the carer who is already stretched to the limit juggling their current job and caring responsibilities.

Unpaid carers clearly don’t do what they do for the money. But they deserve a level of income which provides an acceptable standard of living. For those that can work, this means decent pay, flexibility and support to remain in employment. For those that can’t, this means a Carers Allowance benefit that is fit for purpose and parity of treatment with others on low incomes, when it comes to additional measures to support the cost of living.

Now that really would be a demonstrable step towards making caring feel visible, valued and supported.