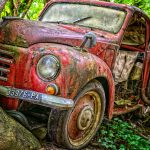 Week two of Dry January brought my first unexpected trigger: I was nearly in a car accident. It involved a person (there are no adjectives that I am allowed to use here without getting in trouble) throwing a stone at the car as I was on the motorway. After the shock, terror and anger I was left with only one feeling- needing a drink. So far Dry January had gone okay because I thought I had planned for everything: I see friends in the day somewhere other than the pub, I have mocktails or pop when I’m out, I talk to my friends when I have had a stressful week over carbs rather than over a glass of wine. I never thought to prepare for something like this, and it made me realise how difficult it is for people to truly plan for recovery.

When planning recovery, most people are asked to think about the main triggers and take life one day at a time, which works for the most part but it leaves people unprepared for the unexpected, and it’s impossible to plan for every possibility. At Carers Leeds, we focus on the difference between a lapse and a relapse – a lapse is a one off occurrence, where as a relapse is returning to previous behaviour over a prolonged period of time.  When a carer sees a person lapse it can be as terrifying as a car accident, as it can feel like going straight back to where they were. But this could be just one moment where someone could not find any other way to cope and they are still on their journey with recovery.

When a person has been using alcohol or drugs as their main- or often only- coping mechanism, the unexpected is usually what causes a person to lapse or relapse. When in recovery, it is so important to find coping strategies that work- and this goes for carers too. If you care for someone in recovery often that means your life is changing too, and it’s important to adapt and find what works. For more information about life in recovery, please check out our website for guides on this and other relevant topics.

When I got home after my near miss, my friend told me to have a drink to “calm my nerves”, “just one won’t hurt”, and I “don’t need to tell anyone” and my word I was tempted. I was tempted to have a drink and lie because in that moment, what is one drink? Alcohol is the most commonly abused substance. One of the main reasons is it’s so secretive is that it’s easy to hide drinking habits, to under-report to you friends, family and GP. It’s easy to hide a problem with drinking in plain sight, because alcohol is everywhere. An experiment on Instagram had a model share posts, every one with alcohol to see how long it took for people to comment which they never did until it was revealed to be a campaign about alcohol abuse. Alcohol can make people manipulative, as many of our carers will know, and white lies can snowball.

But … I didn’t have a drink! I resisted temptation and I’m proud because I’m still on my way to reaching my goal of 31 days without alcohol and £100 raised, which I’m now more than a third of the way through the month and 60% raised. If you are interested in donating or just want a nosy at the fundraiser, here is the link – www.justgiving.com/fundraising/kai-markanday.